What do you think when you heard Fushimi in Kyoto? Most of you might answer Fushimi Inari Shrine. One of Shinto shrine in Kyoto that famous for its thousand red torii gates. Undoubtedly, the scenery of the shrine complex is perfect for your holiday photos

But, did you know? The popularity of Fushimi is not only because of Fushimi Inari Shrine. But also because of the legendary samurai, Ryoma Sakamoto.

Who is Ryoma Sakamoto?

He was a famous samurai and politician at his era. Ryoma Sakamoto was an important figure who brought Japan into Meiji restoration. Until today, Ryoma still becomes an inspiration for Japanese people.

Ryoma was born on January 3rd, 1836 and grown up in Tosa that known as Kochi Prefecture in the present day. 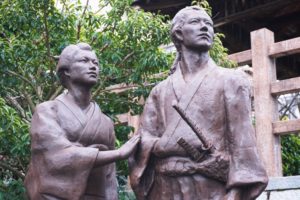 When Ryoma was alive, Ryoma often visits Fushimi and stays at Teradaya Inn. This inn was very popular for samurai at the end of Edo era. Fushimi region was once very crowded as it played an important role in commodity trading between Kyoto and Osaka. 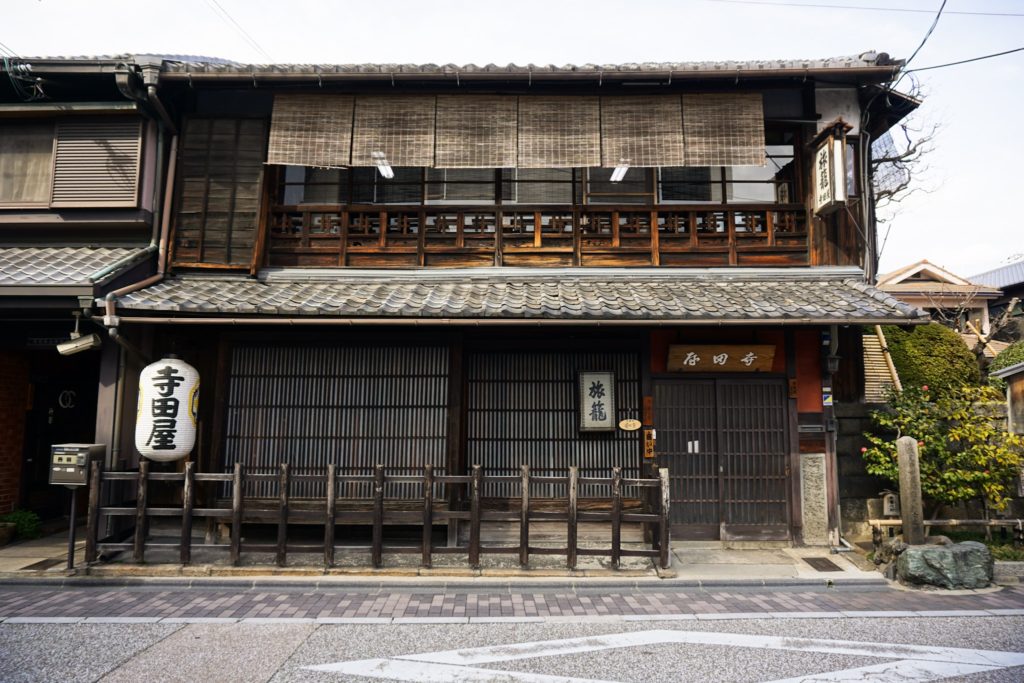 One day in 1866, Ryoma was attacked by a bunch of officers from the Tokugawa government. Fortunately, Oryo, the lover who later became Ryoma’s wife immediately notify Ryoma when feeling a threat. They survived this attack, although Ryoma suffered injuries.

Ryomadori Shopping Street is a 130-meter open-air shopping area in Fushimi. It is not far from Teradaya Inn. Ryoma-dori got its name after the first name of Ryoma Sakamoto, and dori is Japanese word meaning road. 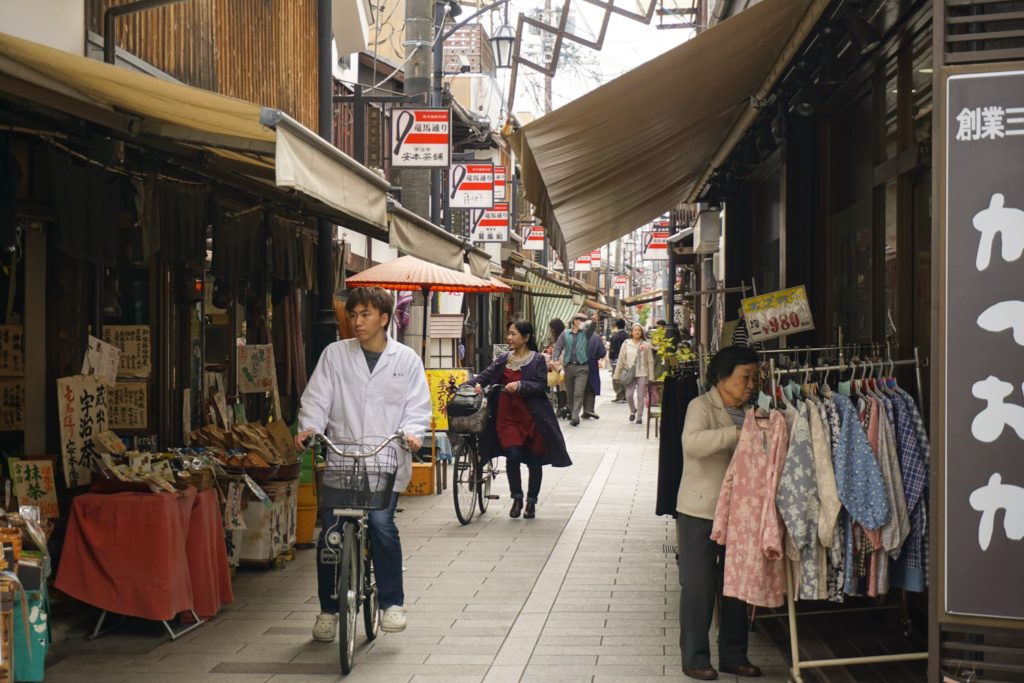 Previously, this shopping area named Minami-Nayamachi and this area has stood since hundreds of years ago. Just about 20 years ago, the shopping street promotion association changed the name of the area into Ryomadori Shopping Street. Since then, the area has been developed for tourism purpose. This was because of its location which is also adjacent to Teradaya Inn, the inn that recorded the event of attempted murder Ryoma Sakamoto.

At Ryomadori Shopping Street, tourists can enjoy a classic view of the traditional shopping street. You can find various types of products ranging from kimono, tea, chopsticks and other wooden knick-knacks, flowers, traditional foods, stationery, sake, souvenirs typical of Japan and others. Tourists can also relax in the cafe or enjoy typical Japanese cuisine at the restaurant along the way. 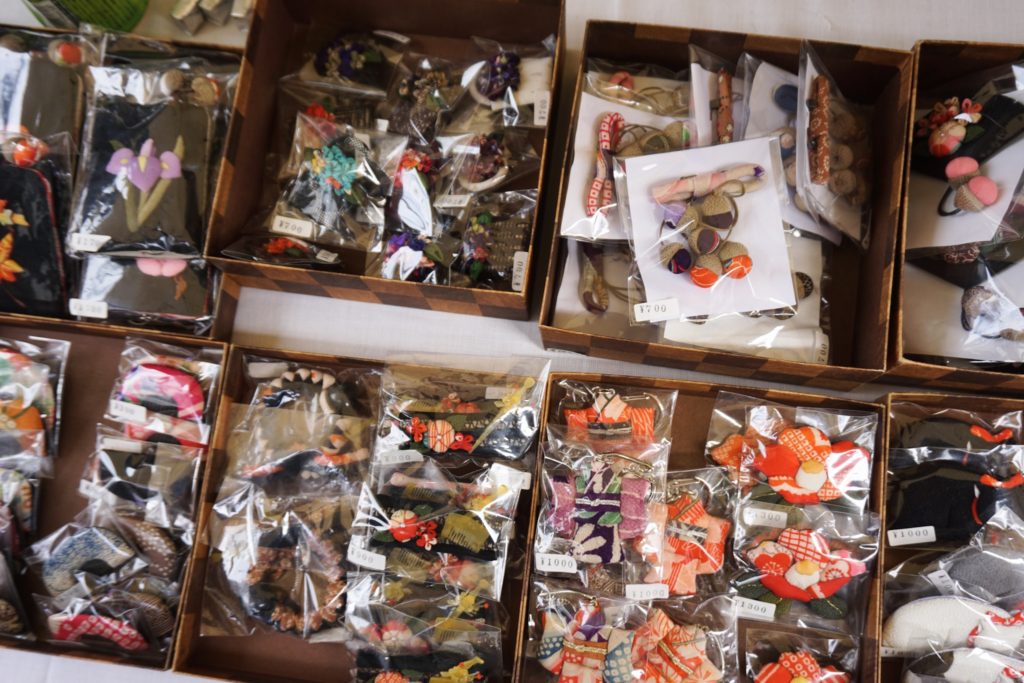 Every third Sunday of each month, tourists can enjoy street music performance and handicraft products along Ryomadori Shopping Street. The author himself has already tried how exciting the experience of visiting this place and also chat with friendly merchants. 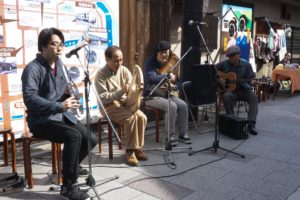 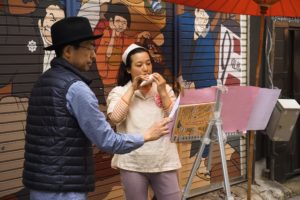 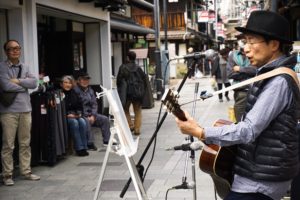 From the center of Kyoto, you can take the Keihan train from downtown Kyoto to Chushojima Station. From there, you need to walk to the north about 500 meters. Besides Ryomadori Shopping Street and Teradaya Inn, you can also visit the sake museum and also enjoy the canal view.

Of course, the right decision to make this place as a destination for your vacation during a visit to Kyoto!