Kyogashi is a traditional sweet from Kyoto. Usually, kyogashi is served during a tea ceremony in Japan. Tea served in Japan generally taste bitter, because it does not contain sugar or other sweeteners. Therefore, kyogashi is a suitable food to reduce the bitter taste.

The shape of kyogashi is varied depending on the season. But usually, kyogashi is made based on the upcoming season the next few weeks. For example, today is March 18th where cherry blossoms have not bloomed. However, the kyogashi are made in the form of cherry blossoms that bloom.

So when we attend the tea ceremony served with kyogashi. Kyogashi’s appearance will attract everyone’s attention and become an interesting topic to start a conversation about the upcoming season. 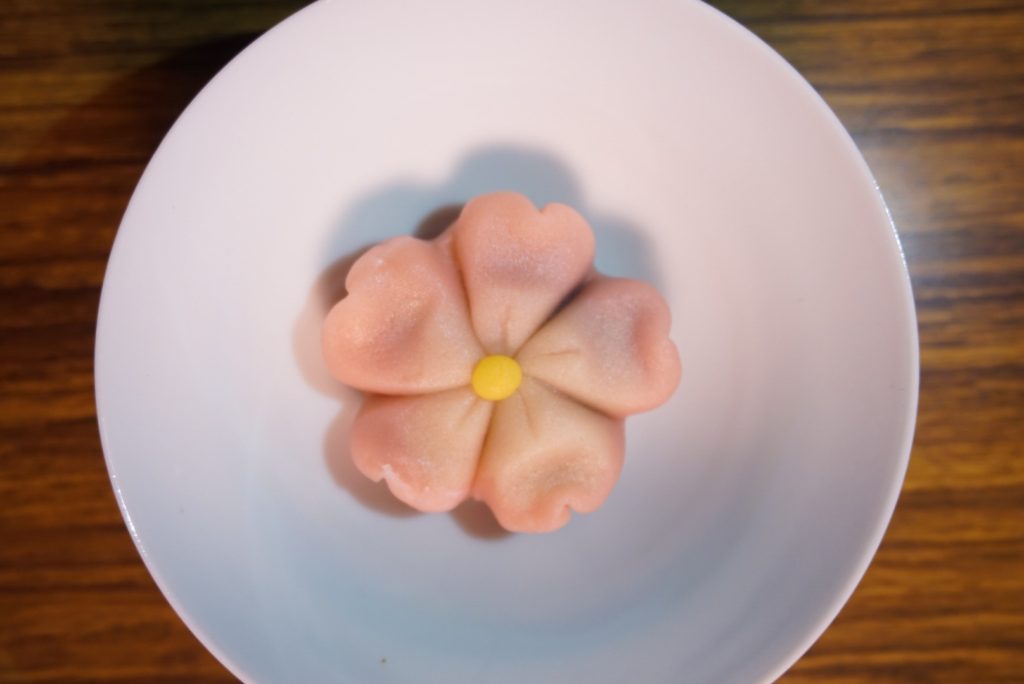 Kyogashi with the shape of blooming cherry blossoms

Another example, when the sakura is blooming, kyogashi form will be a cherry blossom petal, because the next few weeks cherry blossoms will fall. In autumn, the shape of kyogashi can be a maple leaf that changes color to reddish yellow. The changes that occur in plants are often the inspiration for the kyogashi form.

The author had the opportunity to learn to make his own kyogashi. Certainly learn directly from the experts, Mr. Takahiro Yamamoto, who is the 11th generation Fushimi Surugaya store owner located in Fushimi. 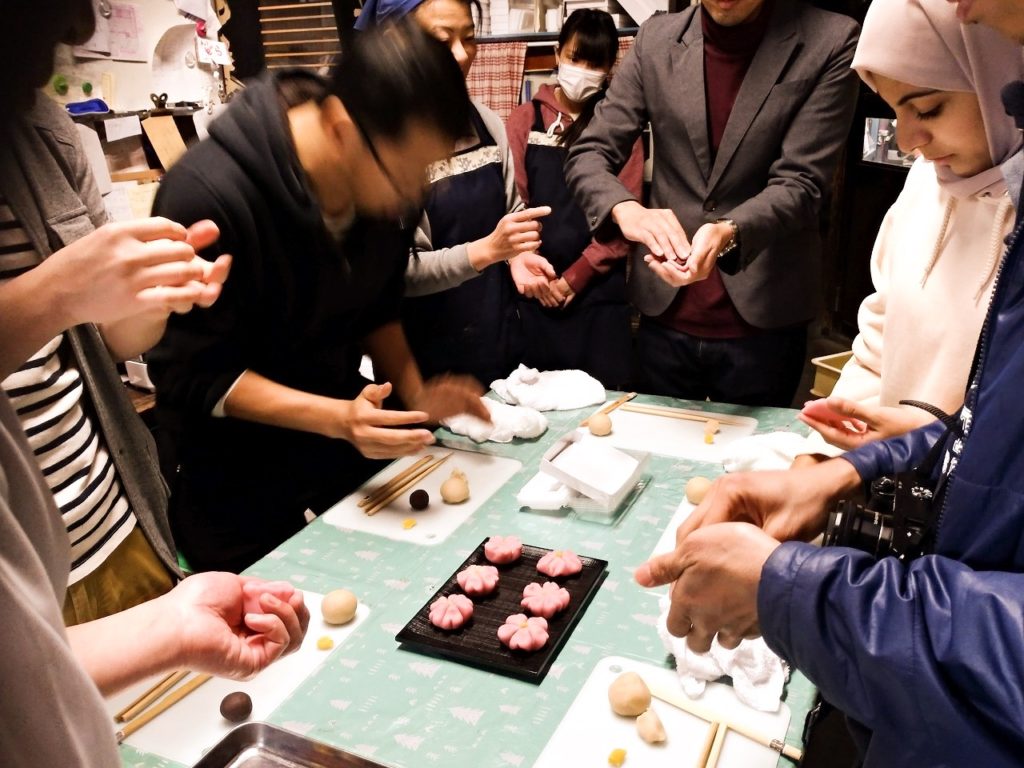 There are two kinds of kyogashi that the author made, the first named Nerikiri and shaped cherry blossoms. Most of the ingredients from Nerikiri are white beans (white beans) and with the addition of flour. 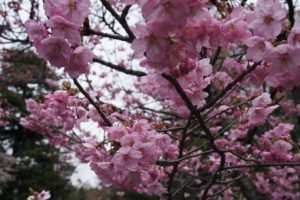 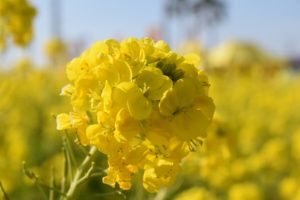 For the second is Kinton, a nanohana-shaped flower. The main ingredient is wild yam in addition to white beans. Both flowers are markers of the end of winter and spring is coming. 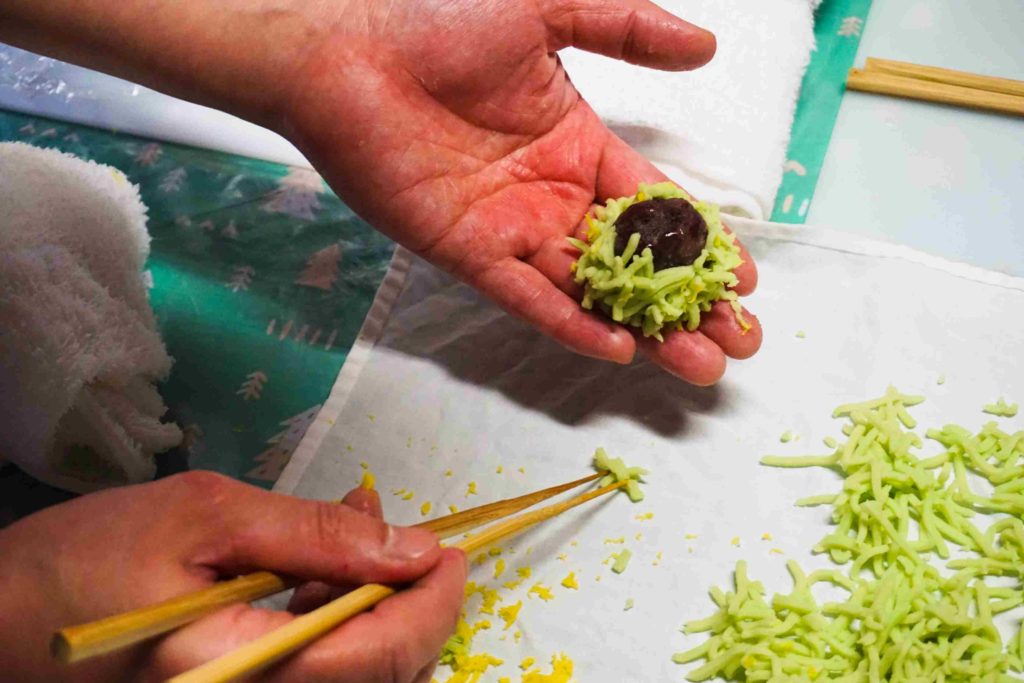 An exciting experience can see and practice the kyogashi making process right away. To be proficient like Mr. Yamamoto would take years. But do not worry, Mr. Yamamoto is very good at teaching the process of making it.

The Origin of Agar (Kanten)

Mr. Yamamoto is also a talented storyteller. He told me about kanten or agar was from Fushimi and then spread all over Japan. Agar is the main ingredient to make Yokan. Yokan is a dessert made from red bean paste, agar, and sugar. 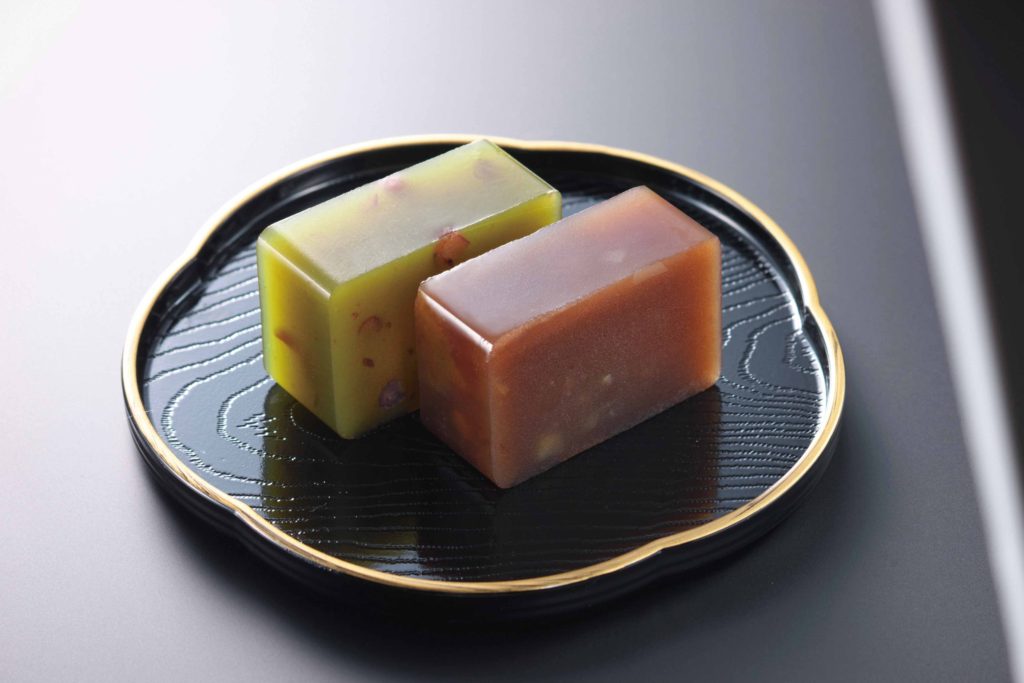 It turns out other than known as the sake district, there are many other interesting things about Fushimi, one of which is sweet food. Do not miss Fushimi from the list of places you want to visit while enjoying holiday in Kyoto.

From the center of Kyoto, you can take the Keihan train from downtown Kyoto and get off at Chushojima station. Next, walk northwards for about 500 meters (Click here).