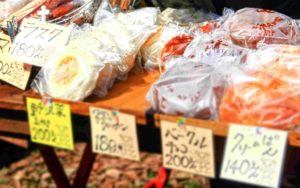 Bread festival is back to Fushimi-ko Park on Saturday, March 10, 2018. If you bread lover, you don’t want to miss this event. Around 50 tents include 15 bakeries from Fushimi area are selling freshly-baked bread with many variants. This event part of the local event called Fushimiko Matsuri. Fushimiko Matsuri conducts three times a year with different themes: bread festival in March (spring), the international festival in July (summer), and Hawaiian Festival in October (autumn).

Fushimiko Matsuri is a great event for local home industries to introduce and promote their products to society. This event attracted many popular bakeries, local bakeries, cafe and handicrafts shops to participate. Bread lovers will enjoy soft loaf, sweet buns (kashipan), stuffed buns (souzaipan), cream-pan, curry-pan (Karepan), sandwich and many more. Bread festival is not new things in Kyoto. Back to the beginning of the Meiji era, bread production began in Kyoto and popular among Japanese (Pan no Meiji Hyakunen-shi or the 100-year history of bread since the Meiji era). On the article of Establishes and Spreads a New Food Culture by Zenjiro Watanabe mentioned that the Portuguese missionaries were first introduced bread to Japan. In that time, bread production in Japan was not made with yeast, therefore the shape of bread was not similar to common bread and the taste was not suited with Japanese taste. Anpan was the first Japanese bread made by famous bread-maker, Kimuraya. The Anpanman anime characters are derived from bread.  As Japanese more welcome with foreign cuisines, many variants of bread were made with the local taste. 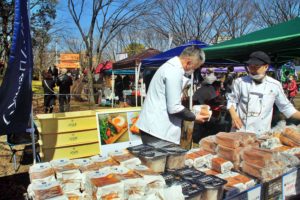 This event is not only about bread, there are also traditional Japanese foods (i.e takoyaki, ramen, dorayaki, and Japanese sweets), international foods (Indian foods, fast foods), handicrafts, and performance from local residents around Kyoto area. 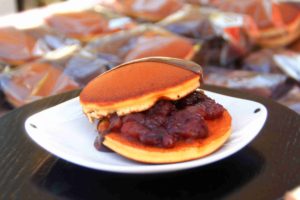 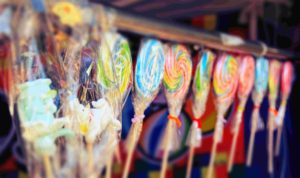 The theme “Bread Festival” for Fushimiko Matsuri was chosen by local people to attract visitors to the culinary industry in Fushimi and introduce shopping festival in the spring. This event also has a goal to promote the culture and historic places surround the venue. 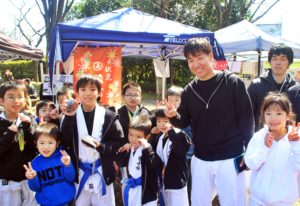 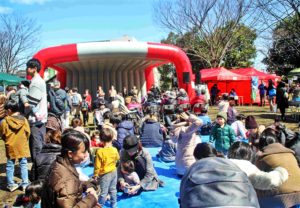 Every spring in Kyoto prefecture area, bread festival holds in Fushimi-ko Park (Fushimi Port Park), approximately 300 m from Keihan Chusojima station. In the past, Fushimi Port Park was also known as the base of Fushimi castle. Until the end of the war, the park changed the role from port to the sports park. The bread festival opens to the public and free from 09:30 am to 04:00 pm. This event supported by the Kyoto prefecture municipality and the community surrounding the park. 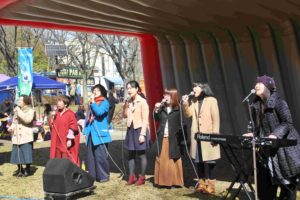 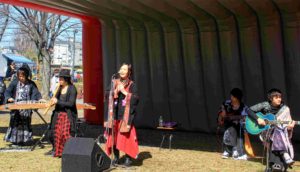